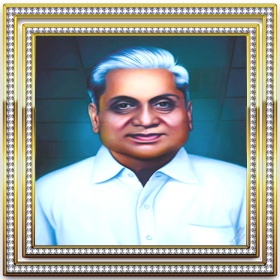 RKSD : A PURSUIT OF EXCELLENCE

The founder of the College Seth Makhan Lal (1909-1965) was a great philanthropist and a visionary. He was a kind-hearted intellectual and a Karamyogi who believed in Bhagwat Gita’s  Philosophy of  “Nishkam Karma”. He was a living symbol of humility and simplicity. He belonged to a renowned aggarwal family of Pundri and later on shifted to Kaithal (Kapisthal of ancient times) where he lived till the end of his life. He was an enlightened soul and knew very well that service of the fellow beings is the greatest service.

When the idea of setting up a college in Kaithal was mooted before him by some eminent persons of the city, he immediately made up his mind to contribute large heartedly for this noble act. He volunteered ahead of all others and gave the idea a practical shape by establishing a charitable educational society called Rastriya Vidya Samiti in 1954. He donated his movable and immovable property for starting the college. With the support of other traders and intellectual  of the town , he was able to start the first college of the city i.e. Radha Krishan Sanatan Dharm College in the year 1954. The college was christened after the name of his revered father-in-law Sh. Radha Krishan Ji.

In early fifties, though Kaithal was a good centre of trade and commerce, it lacked the facility of higher education. A large number of young boys and girls had to go to distant places for higher studies. In 1953,some prominent persons of the city decided to set up a college in Kaithal and made efforts in this direction under the leadership of a well-known philanthropist, Seth Makhan Lal Ji. Thus, a charitable educational society named as Rashtriya Vidya Samiti (R.V.S.) came into being in 1954, which established the first college of the city “Radha Krishan Sanatan Dharam (R.K.S.D.) College.” The beginning was as an intermediate college in a rented building. In due course, it was shifted to a well designed campus spread over more than 10 acres of land with lush green lawns, fully air-conditioned and well-furnished seminar rooms, common rooms, rich library, playgrounds and state-of-the-art indoor stadium etc.

The laboratories are well equipped. With the patronage of the local public and ceaseless efforts of different governing bodies, Principals and the faculty of the college, it acquired the status of a PG College with a start of M.A.(Hindi) in 1976. The college continued to progress and introduced more courses like M.A. (Political Science), M.A.(English), BCA, BBA and M.Sc. (Mathematics). In 2003, evening session was started for the benefit of those aspirants who could not get admission in the morning session. Today, the college is recognized not only as one of the best colleges of Haryana but has also earned name and fame nationally and internationally through achievements in various fields year after year. The college has been accredited ‘A’ grade by NAAC in second cycle of assessment held in 2017.